It was August of 2008, and my life was a shambles. Eleven months earlier, my husband and I had packed up our lives (including our baby son) and moved across the country from Vancouver to Halifax, a city where we didn’t know a soul. Although it remained unspoken between us, we both knew that this move was one final, desperate attempt to “start fresh” with both our marriage and his career. The result had been less than ideal. Our marital relationship reached an all-time low with James absent much of the time. To make matters worse, with no child care and no support network, I was finding myself unable to continue singlehandedly running my swimwear company, which after initial success building up the brand now required additional staff. Bills were piling up, we could barely make our mortgage payments, one of my closest family members had recently fallen terminally ill, and I didn’t even have a friend to share my anguish with. Seven months before, I had begun to write my life story down in the hope that it would give me something more to live for besides my son and my nightly bottle of wine. I had even come up with a snappy title for it—North of Normal. A 99% rejection rate for first-time authors? It wouldn’t apply to me, I told myself, and secretly fantasized that my memoir would sell for a huge advance and propel me out of my miserable life and marriage. But one week ago, that dream had died when I received my final rejection letter from the literary agents I’d queried. The crawling feeling of desperation I had woken up with each day since had finally driven me to do something I wouldn’t have normally considered: I’d called a psychic. Not just any old psychic picked off a Google search, of course; Laura had come highly recommended, but she was a clairvoyant all the same--one who spoke to spirits in the ether and reported their messages back via cell phone.

I heard a rustle at the end of the line. “I’ve heard from my guides,” Laura said, returning to the phone. “They have an answer for you. But before I reveal it, they want me to deliver another message to you.”

“It’s about your husband. Your relationship is at its end, no?”

I swallowed hard. “Well…yes, as a matter of fact. We’ve been very unhappy for a long time.”

“I see. Do not despair, as you were never well suited. My guides see another man. Your next husband, and your final one. Tall. Salt and pepper hair. Extremely outgoing, very successful. You will meet and marry quickly. He has no children, but I see you having two together. He will be a wonderful stepfather to your son.”

I laughed nervously. “Wow! That sounds amazing, but it also sounds a little too good to be true. Almost…cliché perfect.

“I only repeat what I am told,” she replied curtly. “Now, back to your question. About your book…”

“It will be published by a major publisher. It will be very successful. There will even be a movie deal.” My heart leaped happily. It was all going to come true! “But…” she continued.

I gripped the phone. “But what?”

“It will take time. At least five years. So don’t give up!” she added cheerily.

I was devastated, of course. Patience has never been my strong suit. Still, Laura gave me reason to think I could actually achieve my dream, and boosted my belief in myself when I felt like I had failed and life had failed me. When you read my book, you will understand that the background I came from was anything but conducive to instilling a sense of self-worth.

I persevered, writing draft after draft through another cross-country move, a death, the dissolution of my company, and a separation from my husband. And less than a year after that phone call, I met the man of which Laura had spoken. He was tall with salt and pepper hair, outgoing and successful. It was cliché. We spent virtually every day together from the moment we met, got pregnant within a year and married a few months later. He is a wonderful father to all three of our children. Sometimes, when I was particularly down in the dumps as I tried again and again to find an agent and a publisher, it was the memory of that psychic’s prediction that carried me through. She had been spot-on about Remy, so she must be right about my book, too. I continued to slog away, and finally, six years after I wrote my first draft, I landed my dream agent. Within a week of sending out my manuscript to publishers, she sold it with multiple offers.

I probably won’t consult with a psychic again. I believe deeply in the world of spirits, and for the most part I think they should be left alone unless they call to us. But on a night in 2008, when I needed it most, a woman named Laura in Michigan changed my life. Would I have continued writing if I hadn’t had that conversation with her? I can’t say for sure. What I do know is that with that phone call to the future, an angel picked up on the other side.

North of Normal: A Memoir of My Wilderness Childhood, My Unusual Family, and How I Survived Both
Cea Sunrise Person 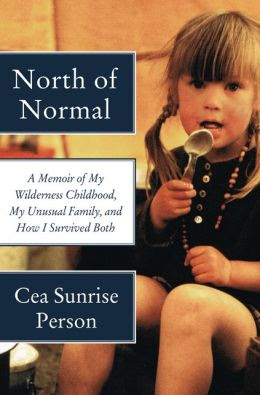 
In the late 1960s, Cea Sunrise Person's subversive family fled to the Canadian wilderness to grow pot, embrace free love, and live off the land. A riveting memoir of growing up off the grid amid multiple generations of dysfunction, North of Normal chronicles one woman's journey to reclaim her life on her own terms.

Determined to abandon civilization for a hand-to-mouth existence in the wild, Cea Sunrise Person's charismatic grandfather Papa Dick uproots the Person clan from suburban California to the forests of Canada when she is just a baby. Together with her teenage mother, Michelle—her father long gone—Cea will spend the next decade of her life living in and out of canvas tipis with neither electricity nor running water, at the mercy of fierce storms, food shortages, and an array of grown-ups more interested in having a groovy time than in parenting a child.

As a young girl who knows no other world, Cea is happy enough playing in the meadows and snowshoeing behind the grandfather she idolizes. But for Michelle, one crucial element is missing: a man. When Michelle strikes out to look for love, spinning from one boyfriend to the next, Cea is forced along for the ride—and into a harsh awakening. Consumed by a desire for a more normal life, she begins to question both her highly unusual world and the hedonistic woman at its center. But the escape she finds, a career as an internationally successful model, brings its own challenges.

Shocking, heartbreaking, yet often funny, and infused with warmth toward her damaged family, North of Normal is Person's singular story of her desire to live life on her own terms—no matter what it takes. Her journey of self-discovery and acceptance, which comes full circle after she has children of her own, is profoundly moving. Eloquently navigating the minefields of regret, longing, and family, North of Normal celebrates the strength we all carry within us to shape our own destiny.

Swing Kings: The Inside Story of Baseball's Home Run Revolution by Jared Diamond William Morrow Books Hardcover From the publisher&... 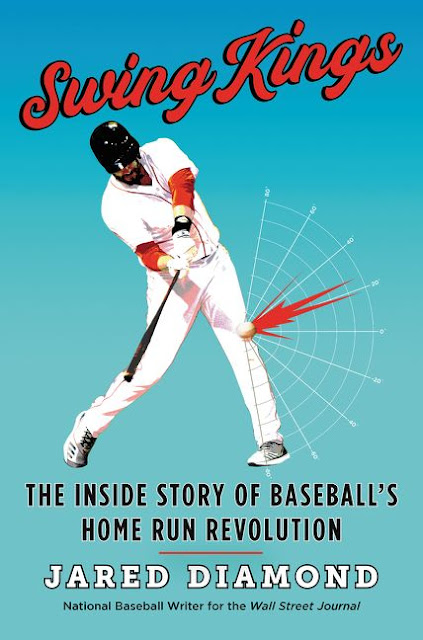